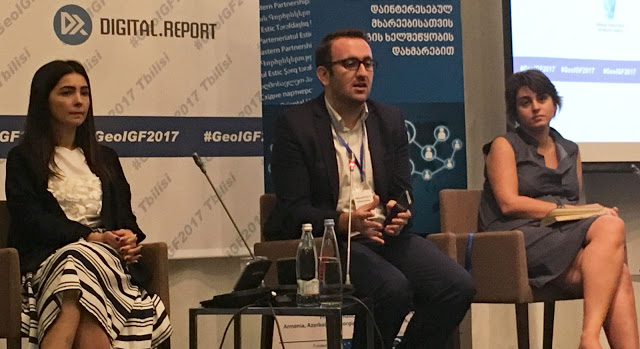 Balancing internet freedom and protecting citizens from harmful online activities and content can be complicated. In Georgia, this debate is playing out as authorities seek to update regulations to protect internet consumers and providers within the country. Originally adopted in 2006, Georgia’s “Regulation on Provision of Services and Protection of Consumer Rights in the Sphere of Electronic Communications,” requires modification. The grounds for deeming content as unallowable are vague and leave room for interpretation. As a subgrantee of the American Bar Association Rule of Law Initiative (ABA ROLI), the Institute for the Development of Freedom of Information (IDFI), recently prepared seven legislative initiatives to help strike the balance between freedom and protection by better defining what can be considered inadmissible content.

IDFI advocates for openness, transparency, and the improvement of access to information in Georgia, and has been working to improve legal safeguards for internet freedom in Georgia and the Caucasus since 2009. As a combined government watchdog and international think tank, IDFI uses research, advocacy, strategic litigation, and consultation to further promote democratic governance. IDFI’s Rule of Law Direction Lead Georgi Beraia, recently prepared a proposal package for relevant stakeholders, public institutions and media, which included a new definition for unallowable content: The content transmitted by means of electronic communication that depicts especially grave forms of violence, child pornography and other obscenity, and that violates intellectual property rights; as well as content that is slanderous, invading on a person’s privacy, violating the presumption of innocence, and transmitted in violation of Georgian Legislation that has been declared as such by the court in accordance with the law will be deemed as inadmissible content.

Additionally, the regulation creates a burden for private companies, as they are obligated to create mechanisms allowing it to disconnect or terminate service to a consumer/client when prohibited content is detected. The regulation also foresees obligations for the domain issuer to periodically examine the material of the websites registered by it in order to prevent the placement of this content.

During the national Internet Governance Forum held in Tbilisi in September 2017, Georgia’s Public Defender for Consumers Rights under the Georgian National Communications Commission, Tamta Tepnadze, said, “the definition of inadmissible internet content is very broad, as it contains subjective categories. Each category [of the definition of inadmissible internet content] requires clear criteria.” Tepnadze added the commission — along with other civil society organizations and private sector representatives — is advocating for the process to begin. Indeed, last month, the commission began implementing a new E.U.-sponsored electronic communications TWINNING project ,which aims to modify the 2006 regulations to comply with current E.U. regulatory frameworks and to revise the obligations on the private sector and the definition of the inadmissible content.

ABA ROLI’s “Development and Enhancement of Legal Frameworks in Eastern Europe and Eurasia to Protect Internet Freedom” program is supported by the U.S. Department of State’s Bureau of Democracy, Human Rights and Labor.