Opening remarks by Tomislav Kezharovski, journalist from Macedonia who had suffered political prosecution for his work, and is currently a fellow of Hamburg Foundation for Politically Persecuted People. This speech was given on 22 march 2017 at the session “The Faces of Free Expression” of the Second Regional Internet Freedom Summit in Struga, Macedonia.

Fake news are a wonderful tool for playing with people’s feelings.

Fake news are evil. Journalists ought to distance themselves from manipulative insidious tactics and should uncover those tactics.

Fake news disseminate divisions that serve the political and economic interests. They are a sign of intolerant and hypersensitive positions and lead only toward spreading arrogance and hatred. That’s the final result of spreading untruth.

Today, almost all of us are journalists, because we all have access to media, at least to social media, if not the traditional media. That ability also comes with full responsibility for our writing, and also in regard to sharing something written by somebody else.

The line of separation between freedom of speech and hate speech is very thin. Media literacy will help us recognize hate speech when it is not that obvious.

Nowadays, we are flooded by various information of all kinds of media, therefore the capability to recognize the truth is of highest importance.

Journalists must understand the worthless shape of seduction, which finds the way to the hearts with fake and attractive arguments.

Journalists’ role is not just a job, but a mission — and we have a special responsibility to stop fake news.

Journalism should shift its focus from just reporting on daily news considered urgent, and concentrate more on investigating the fundamental reasons for the conflicts.

We need journalistic dignity and truthful journalism, versus the rhetorical slogans and sensationalistic headlines.

Hate speech has taken deep roots in Macedonia, within the society and within the media.

Our society is ill. And the condition gets worse because we have been ignoring the problem for years and, in doctor’s terms, we didn’t start a therapy at all. The diagnosis is – cancer in the shape of hate speech. The metastases are all over the body. They appear on social networks, in schools, in numerous media, are spread from the Parliament’s floor, within the families.

As any other type of cancer, the illness has been growing inconspicuously for some time, spreading insidiously in our social organism.

It was on the margins with years on end, and our mild, spineless reaction allowed it to take its roots even deeper.

While those who defame other nationalities were being put behind bars in other countries, like Germany for instance, in our country, they were applauded and their actions were perceived as patriotism. No, that cannot be patriotism.

The love for one’s own people cannot and must not include hatred toward the others and against those who are different.

Today, in Macedonia we even had examples of public rallies where even clergymen demanded that some people need to be impaled, and voiced their call that that some people should be hell,  while the ones around them would repeat the same demands without blinking an eye.

Readers’ discussion under articles on websites and social networks are dominantly marked by offensive and nationalistic comments in most of the time.  By using made up names and nicknames, one can curse, offend, call on violence and murder of others, and those who do these acts are allowed to proceed with no consequences whatsoever.

The inflammatory rhetoric and quarrels within comments often lead to greater number of clicks, while the comments fomenting [hatred and political unrest] are justified as “freedom of expression”.

All participants in the public space, including the authorities, are partly responsible for the general uncivilized behavior that rules the communication.

We didn’t face the problem on time because some people benefited from it. Great deal of media outlets intentionally incite such ‘trench warfare’ which includes insults because they gain likes. This also suits some politicians, because it stimulates the lowest of passions in people, which makes them the easiest manipulation targets.

They cannot manipulate people that use the brain for conscious understanding of reality, thus they rejoice at the ones who use their mouths for spitting on others instead of speaking.

Hate speech has reached critical dimensions and it dangerously contributes to raising the tension in the country, so only through joint fight of the media community, the institutions and the broad social community its use in the public sphere may be reduced.

Therefore, we must not turn our backs and close our eyes to the obvious. No more. Hate speech has spread so much so that we must attack it with everything we have from every possible direction. 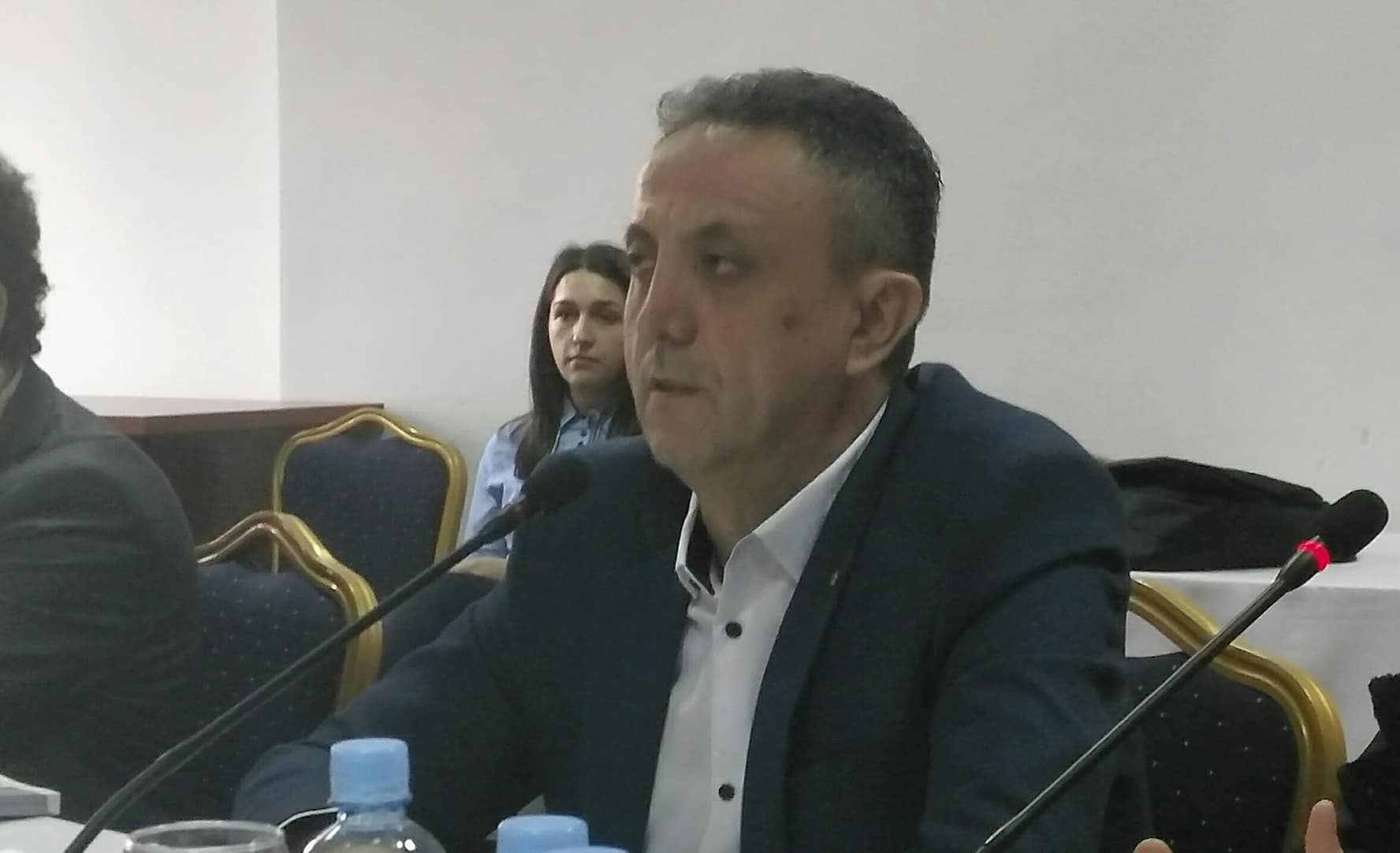 Maybe hatred won’t disappear completely, but at least we shall return it somewhere deep in its holes, where it actually belongs.

We need to fight hate speech carefully and systematically, while having in mind that this fight must not have the unjustified limitation to the right of expression as a consequence.

On social networks, in media, there must not be a space for hatred. And there is no BUT!

It’s true, we have the right to think what we want, but placing everything under the cover of freedom of speech is impossible.

Some claim that determining that boundary is impossible because we cannot tell people what they can and cannot talk about.

But, we can and we must. Hate-mongering must be sanctioned.

We cannot forbid somebody to think, but we can and we must prevent them from poisoning the society with sick words.

At last, bear in mind that Truth cannot be twisted. When it’s subjected to spin, that’s always temporary… Somehow, even after some time or in a different place, it will come to light. 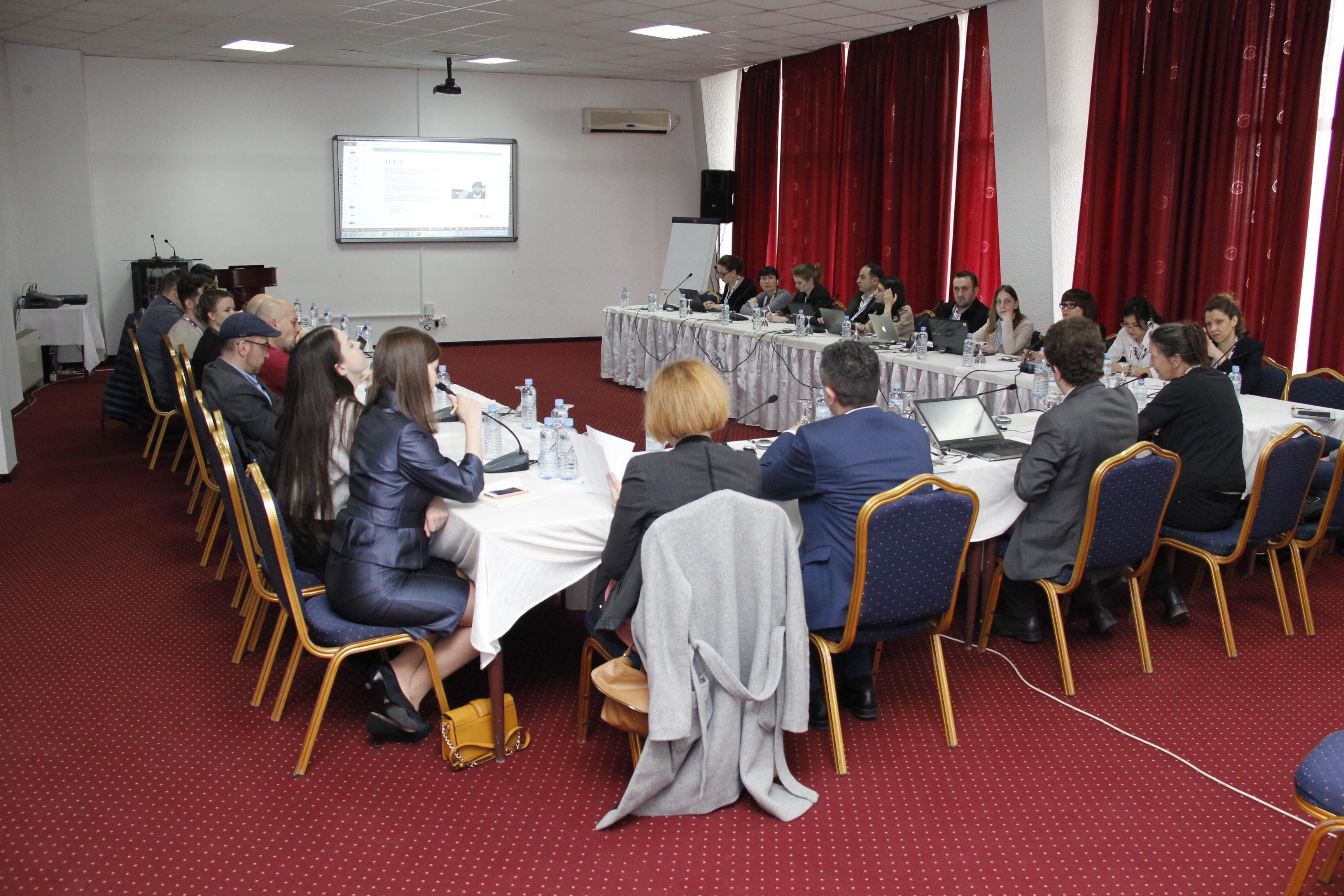 The “Faces of Free Expression” session also included a long discussion about examples from around the world noted by IFEX, and additional cases from Macedonia, Ukraine, and Kyrgistan.

Within the space for discussion, Mr. Kezharovski also disclosed some of the particulars of his case, as one of the examples which demonstrate the threats to freedom of expression in the regions of Europe and Eurasia.

He noted that when in 2013 he was unjustly imprisoned it was crucial for him that he received vocal support of his colleagues, through both domestic and international organizations, and also by the general public. According to him this was unusual during the reign of former regime in Macedonia (2006-2017). Members of other professions such as lawyers, judges or doctors had been imprisoned and put on show trials during the same period too, but their colleagues failed to stand up to the corrupt authorities.

Kezharovski noted that it was the public attention on his case that had literally kept him alive while in prison. He confessed that an official he didn’t name, had told him later that if the public reaction had not been so swift and wide-reaching, he ‘would had drowned in a bucket’, making allusion to mysterious 2008 death of an inmate (also a journalist) who, according to New York Times “was found in the cell he was sharing with two other men, his head in a bucket of water. The police said the death seemed to be a suicide.”