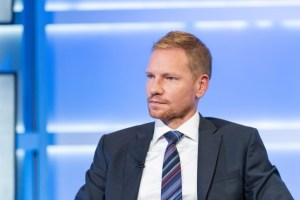 Milan Antonijević is a human rights lawyer and independent expert. Served as the Executive Director of the Open Society Foundation Serbia from 2018-2021. Milan is a lawyer by training and has devoted his career to date to human rights protection, rule of law and European Union integration of the Western Balkans.

From 2010 to 2018 he was the Director of the Lawyers Committee for Human Rights (YUCOM), an organization founded in 1997, where he strongly promoted and advocated for the rule of law and upholding human rights in Serbia and the region of the Western Balkans. With more than 20 years’ experience in the non-governmental and public sector and strong public presence in the Serbian media, Milan has worked extensively with civil society, state institutions, political and social partners in Serbia on various projects including for the United Nations, the Council of Europe, the European Union, USAID, World Bank, and the Organization for Security and Cooperation in Europe (OSCE) among others. He was also member of different working groups drafting legislation in the area of human rights. Milan is at the moment candidate as an independent expert for the Council of Europe Committee for the Prevention of Torture (CPT) and expecting elections. Previously held different positions within professional bodies of the Serbian Government, such as member of the Council for Monitoring the Implementation of the Recommendations of the United Nations Mechanism for Human Rights. He has coordinated the National Convention on the European Union for the Negotiation Chapter 23 (on Judiciary and Fundamental Rights) from 2014 to 2019.

Milan holds a law degree from the Belgrade Law School and was a Chevening scholar in the Department for Peace Studies at Bradford University in the UK in 2009/2010. Currently on the PhD studies of the Faculty of Philosophy at the Belgrade University, department of Anthropology.