According to the study “Media Consumption and Media Literacy in Belarus in August 2021-February 2022”, conducted by Baltic Internet Policy Initiative, Belarusian Internet audience aged 18-74 used the TikTok social network to obtain information has increased from 18% in August 2021 to 27%. 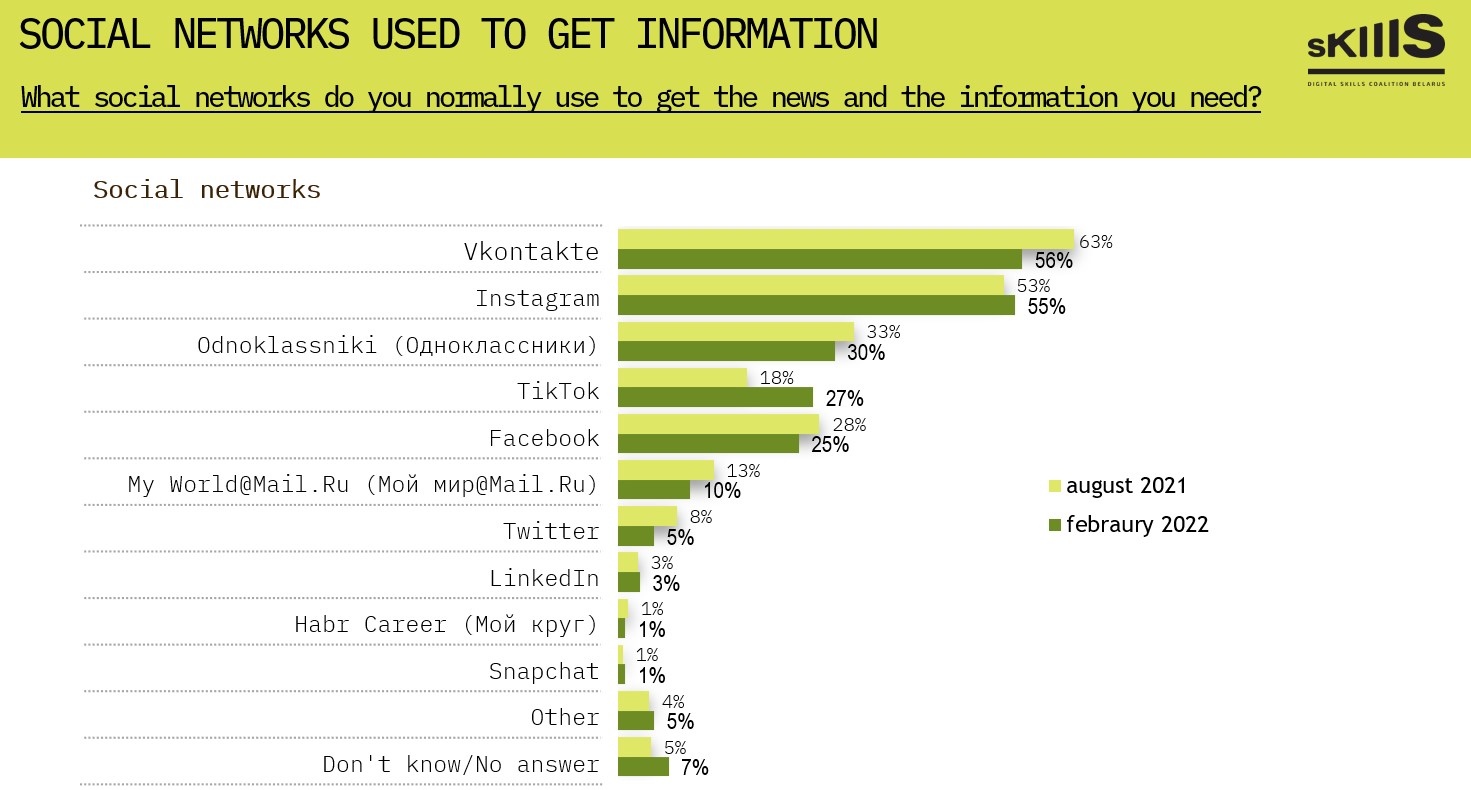 If we examine distribution according to the age of respondents, we can see a rapid growth of TikTok as a source of information among young audience. 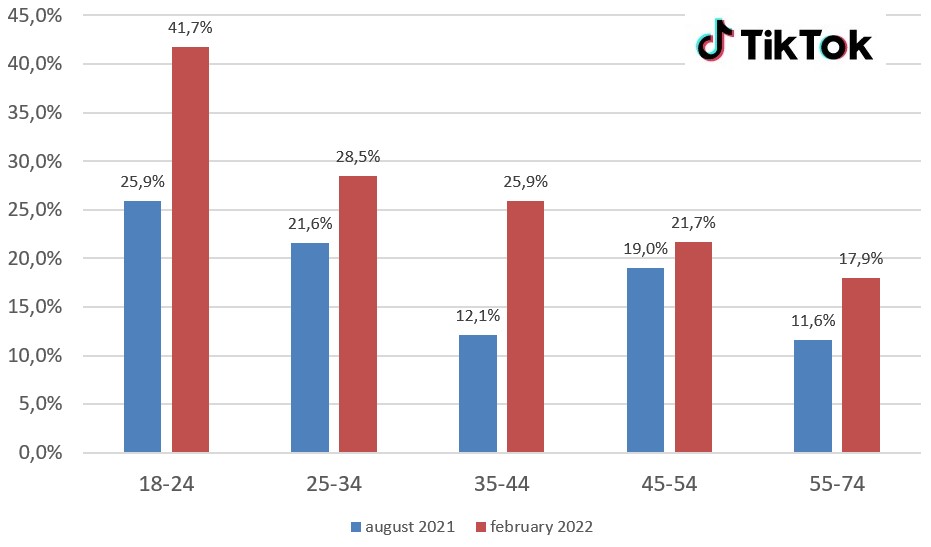 Yesterday, 25.04.2022 a well-known TikToker “I have a question” was detained in Babruisk, the human rights organization Viasna’96 reported. 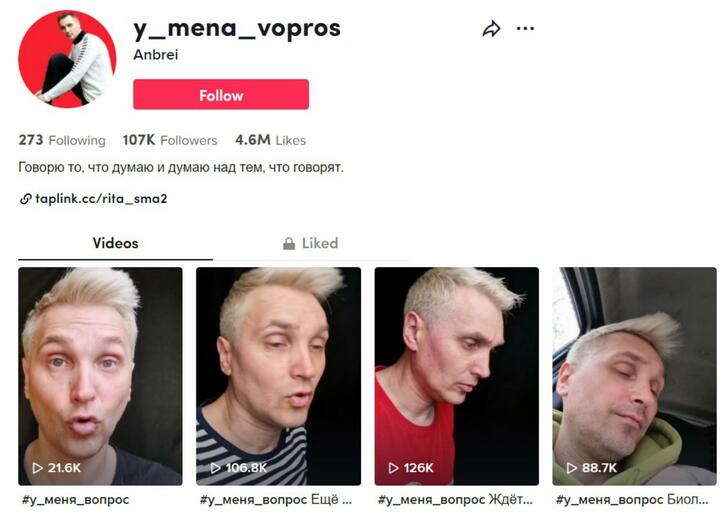 According to information from Human Rights center Viasna, Andrei Bialiawski was detained right at work.

On his TikTok account he discussed socio-political topics, he has 107 thousand subscribers. The most recent video was about state propagandist Grigoriy Azarenok and the war in Ukraine.

According to publication “TikTok in Belarus: audience, trends, and new opportunities” the number of subscribers and level of audience engagement of the most popular pro-government TikTok accounts are slightly lower than those representing democratic forces and independent media. 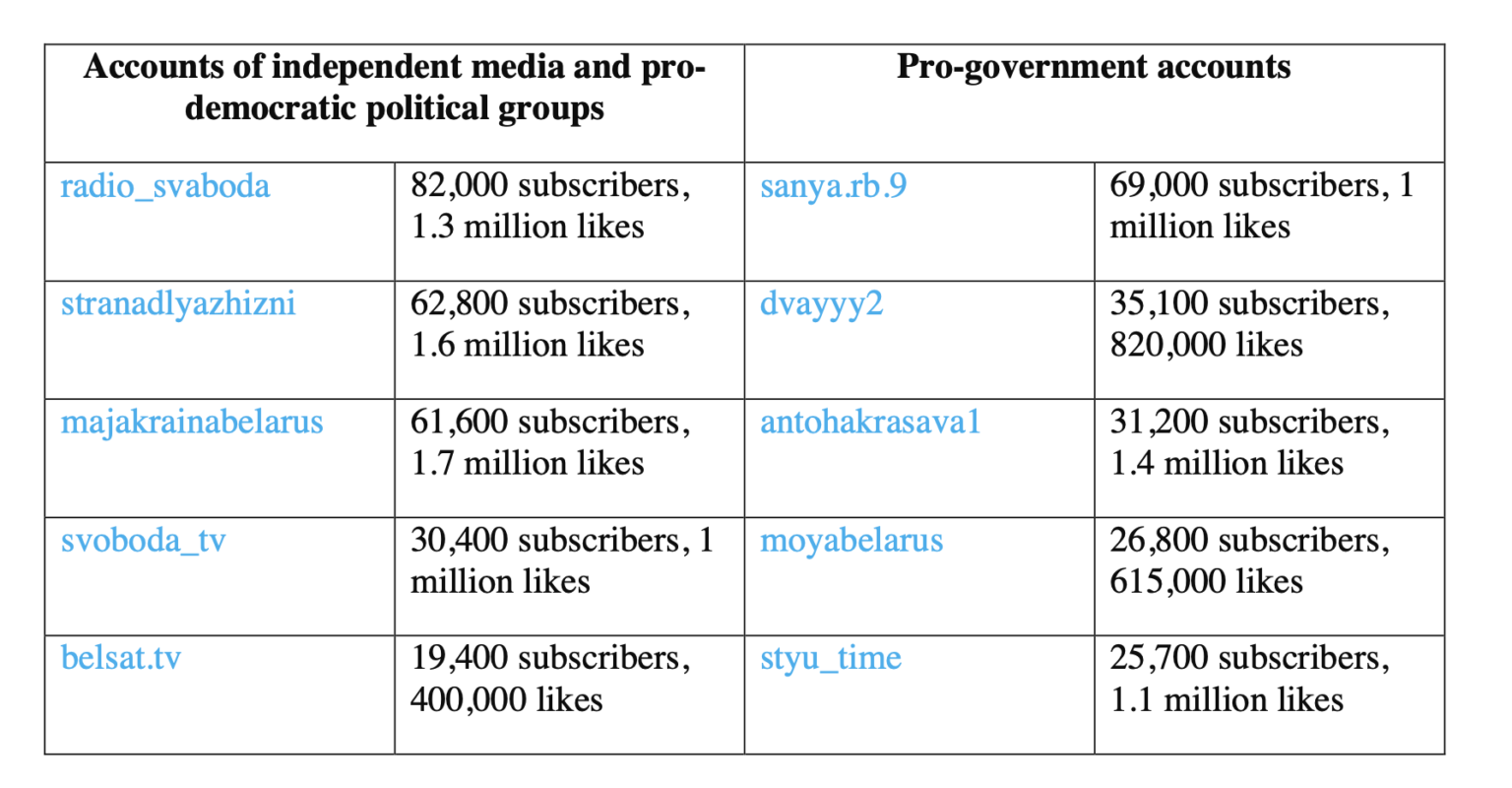 As you can seen, Andrei Bialiawski had more subscribers than the media outlets studied.

The Belarusian regime continues its repression of independent media, bloggers who work in and from Belarus on various platforms.

The lack of reliable, truthful information in Belarus leads to an increasing distrust of the media, and worsens internet freedom. In particular, according to the media consumption survey above, almost half of the respondents who use TikTok as a source of information said that they have the feeling that the media deceive you often and over 30% believe that sometimes.