This week, on September 12, the European Parliament is going to vote on a bill that threatens to irreparably damage the Internet as we know it. Under the guise of copyright reform, there are are a number of “reforms” that are going to cripple fundamental rights online.

One of them is Article 11 of the bill, which it was desired to ban creating links to press articles unless one previously asks and receives permission to do so. Over the course of negotiations, it was watered down slightly from banning linking to banning displaying snippets of the linked content (a.k.a. quoting the article). Even just this would be a terrible change because it would create a disparity between how quoting online references (limited by article 11) and quoting offline/offline references (one of the cornerstone copyright exceptions in copyright laws worldwide without which the current copyright regimes would be unacceptable).

The other is Article 13 of the bill, which, as it is written now, would mandate the implementation of upload filters by all online platform service providers. This would have profound repercussions on fundamental rights such as freedom of speech, freedom of association and freedom of the press to name just a few. Starting from Article 13, it comes down to absurd consequences such as a de facto ban on memes, a ban on open-source code repositories such as GitHub and so on.

Who better to explain the plight of the Internet than classical art memes?

There are other issues too, such as Article 3 which would prevent the data mining of freely available online content.

There are just a couple of days left until the Plenary vote of the European Parliament. The #SaveYourInternet campaign is one of the multiple efforts trying to prevent this disaster from happening.

More details on this can be found here: 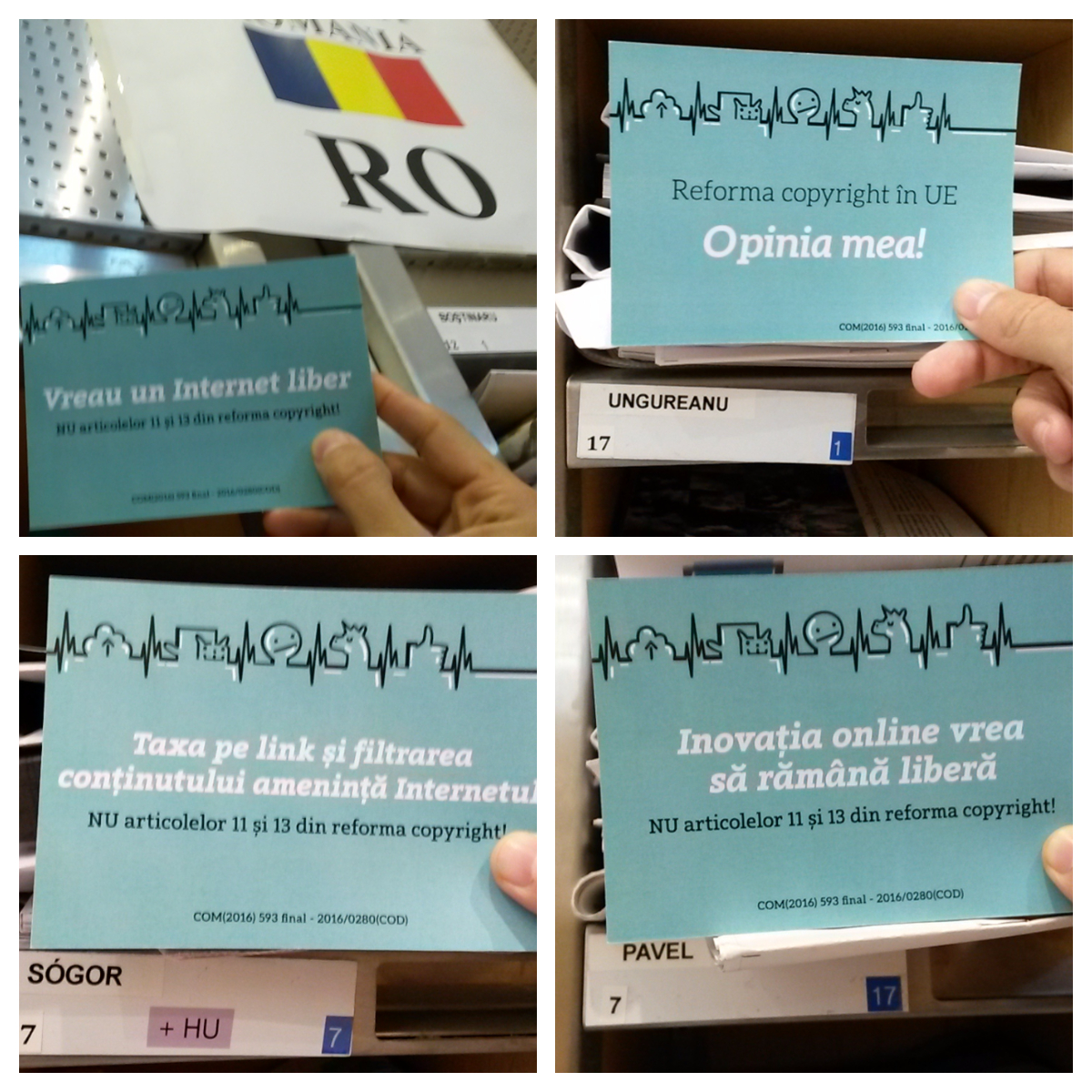 In the last month, more and more Romanian voice are gathering to send out a clear message to decision makers: We don’t want link taxes and upload filters!

Besides calling and sending letters to Romanian MEPs to delete Articles 11&13 from the copyright reform proposal, EDRi member ApTI organised a series of activities to trigger more public attention regarding the damaging copyright reform proposals. Along with 57 other civil rights organizations, we also signed the Civil Liberties Union for Europe open letter to stop the censorship machine. END_OF_DOCUMENT_TOKEN_TO_BE_REPLACED

Friday, June 23rd, ApTI along with ANBPR (The National Association of Librarians and Public Libraries of Romania) and CJI (The Center for Independent Journalism) organized a meeting about the European Commission’s Directive proposal on the copyright reform Directive. Romanian MEP Victor Negrescu took part in the event.

This came in the context of the Europe-wide effort to mitigate the damage that the EU Copyright Directive threatens to inflict on human rights and on the Internet in the EU. The biggest two problems are Article 11, which would introduce an ancillary right for press publishers, a.k.a. “the link tax” and Article 13, which would mandate all EU-based online platforms that allow user-made content to implement upload filters, under the guise of protecting copyrights. END_OF_DOCUMENT_TOKEN_TO_BE_REPLACED